Kishshana Palmer, CEO Kishshana &Co. + Fabulously Fundraising Kishshana would tell you that she didn’t choose a career in development; it chose her! Kishshana launched Kishshana & Co. to help non-profits break out of their organizational and fundraising rut. Over the last 15 years, she has worked with local and national non-profit organizations in various development roles where she designed and implemented development infrastructures, created diversified fundraising programs, increased staff capacity and oh yes…raised money! To date, she has helped organizations raise over $45 million dollars.

Kishshana is a Certified Fund Raising Executive (CFRE) and a BoardSource Certified Governance Trainer (CGT), A passionate, charismatic and electrifying professional, Kishshana is committed to helping non-profit leaders come up with bright ideas that will propel their organizations’ mission. 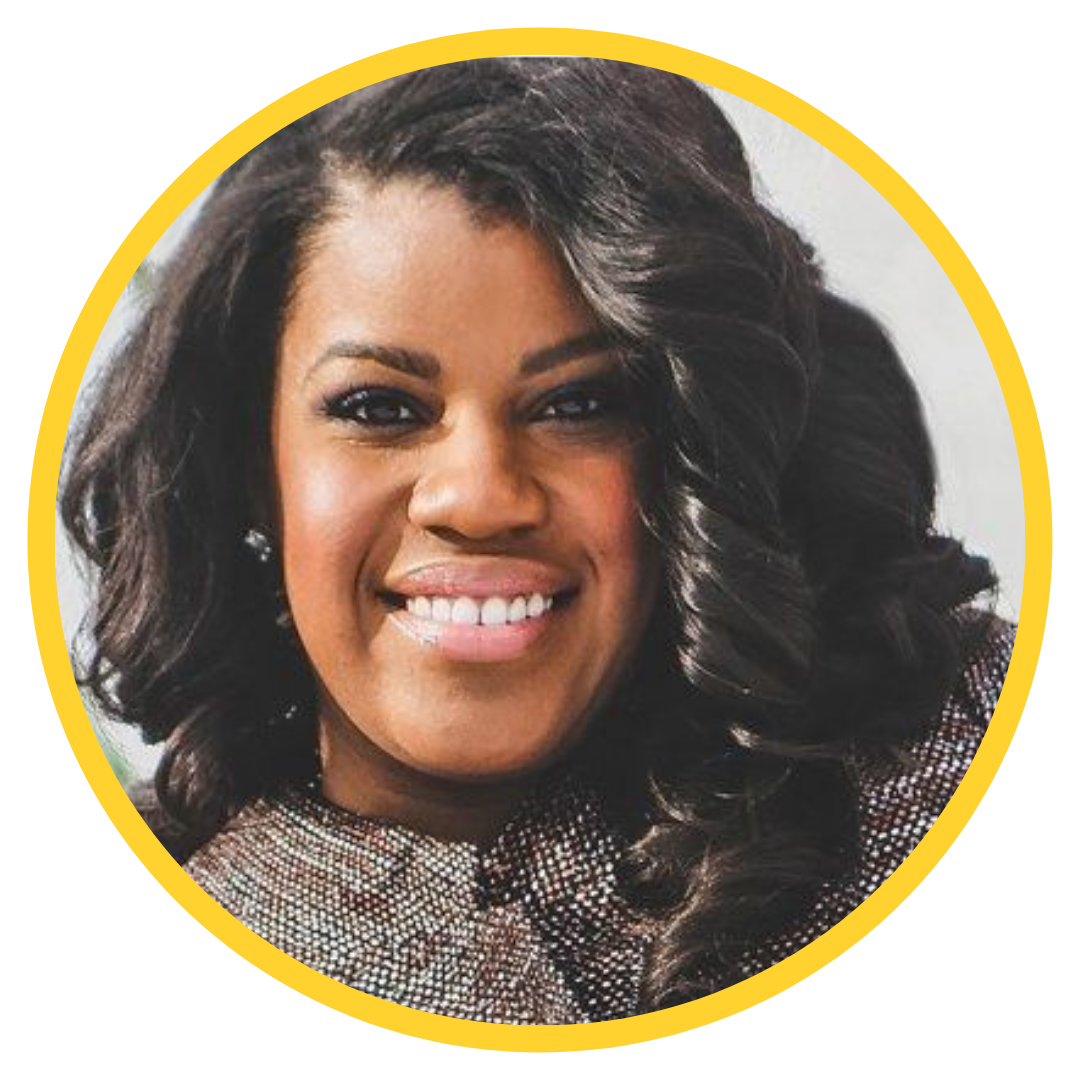 Phil was a fundraiser for over a decade before becoming a recruiter. His experience as a fundraiser is a strong advantage for Gerard Search and for you. We understand the nonprofit sector as insiders. We do not only know it we are part the community. Phil raised close to $20 million in his career.

He understands fundraising best practices, speaks the language, and knows the challenges that professionals in the field face and what they are looking for in a rewarding career. 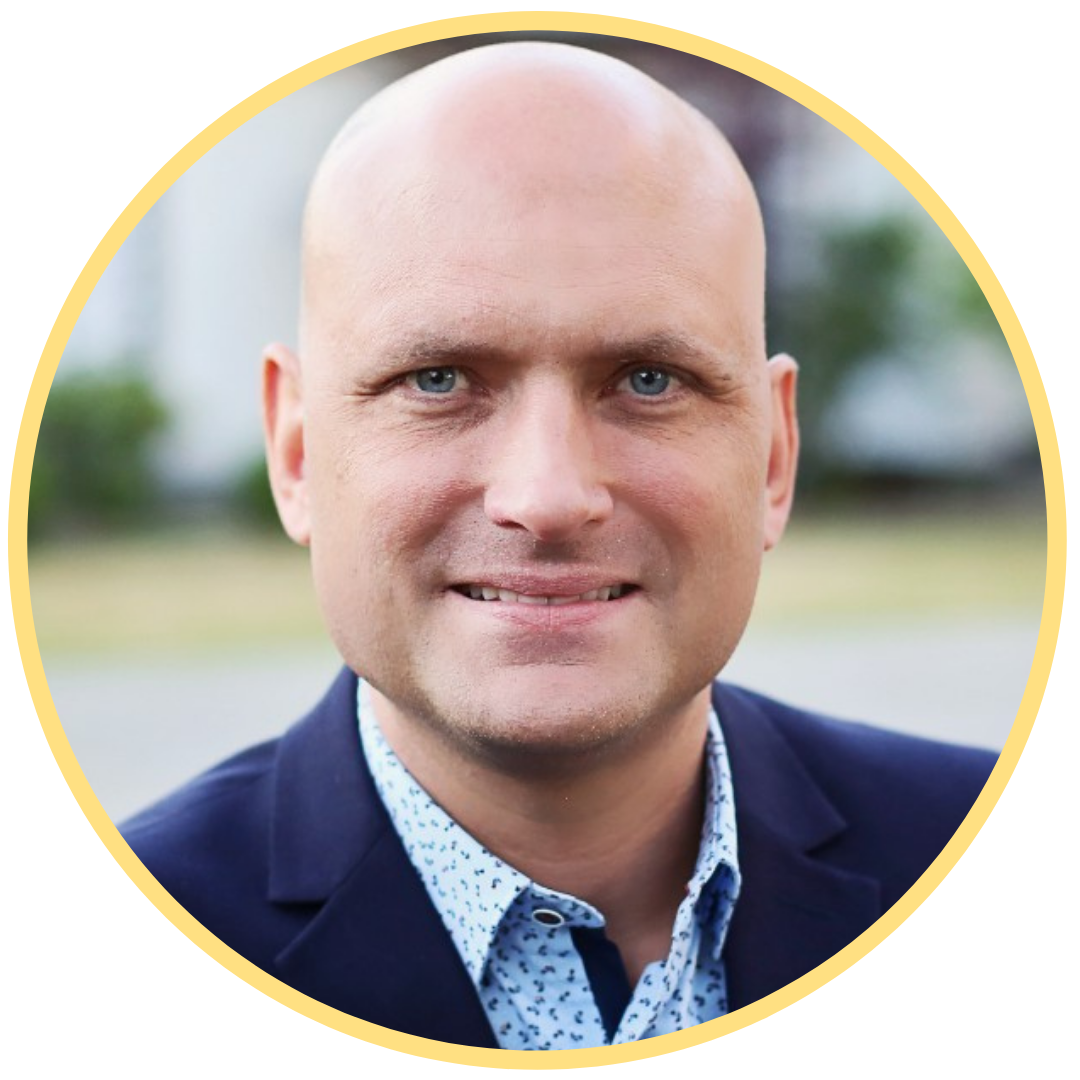 Deneisha began her career working in the area of Adult Education at Hofstra University. She then transitioned into the nonprofit sector taking on a variety of direct service, clinical, management and leadership roles for programs servicing very challenging populations such as mentally ill substance abusers, chronically homeless individuals and families, and people with special medical concerns such as HIV/AIDS. More recently, Deneisha has been providing facilitation, consulting services and professional development to educational, government & non-profit institutions. She is also an Adjunct Professor at Metropolitan College of NY and has taught undergraduate courses such as Statistics for Groups, Critical Thinking, Community Psychology and Values & Ethics.

Deneisha is a fierce advocate for oppressed people and their communities. She has helped to build several partnerships in high poverty communities and worked with clients to develop anti-racist practices and improve diversity, equity and inclusion for their staff and stakeholders. She also has a special interest in issues related to gender and sexuality. Her background in psychology and social work has made her an empathic leader known for her fairness, integrity, and ability to move groups towards action and change. She is gifted at managing teams as well as developing tools and systems related to targets, measurements and quality controls.

Deneisha has a Bachelors Degree with a double major in Psychology and Political Science from Hofstra University. She also has two Masters Degrees, one in Forensic Psychology and the other in Social Work with a concentration in Organizational Management and Leadership. In 2012, she founded Rent-N-Expert LLC, a consulting firm that took on projects that aimed to impact the greater good. Rent-N-Expert operations has now been merged with Blue Compass Group.

Deneisha continues to offer personal and professional coaching, training the trainer workshops and leadership development services as a private consultant. You can find out more information about these services at www.deneisha.com. As a first generation American born and raised in the Bronx, NY, Deneisha understands how and why her story is unlikely and could have been very different. She is committed to using her resources, access and voice to help others. At Blue Compass Group, Deneisha manages our retreats division.
In the rare occasion that she has down time, Deneisha enjoys traveling, reading and live music. She has offices in NYC & Atlanta. Deneisha can be reached at dthompson@bluecompassgroup.com. 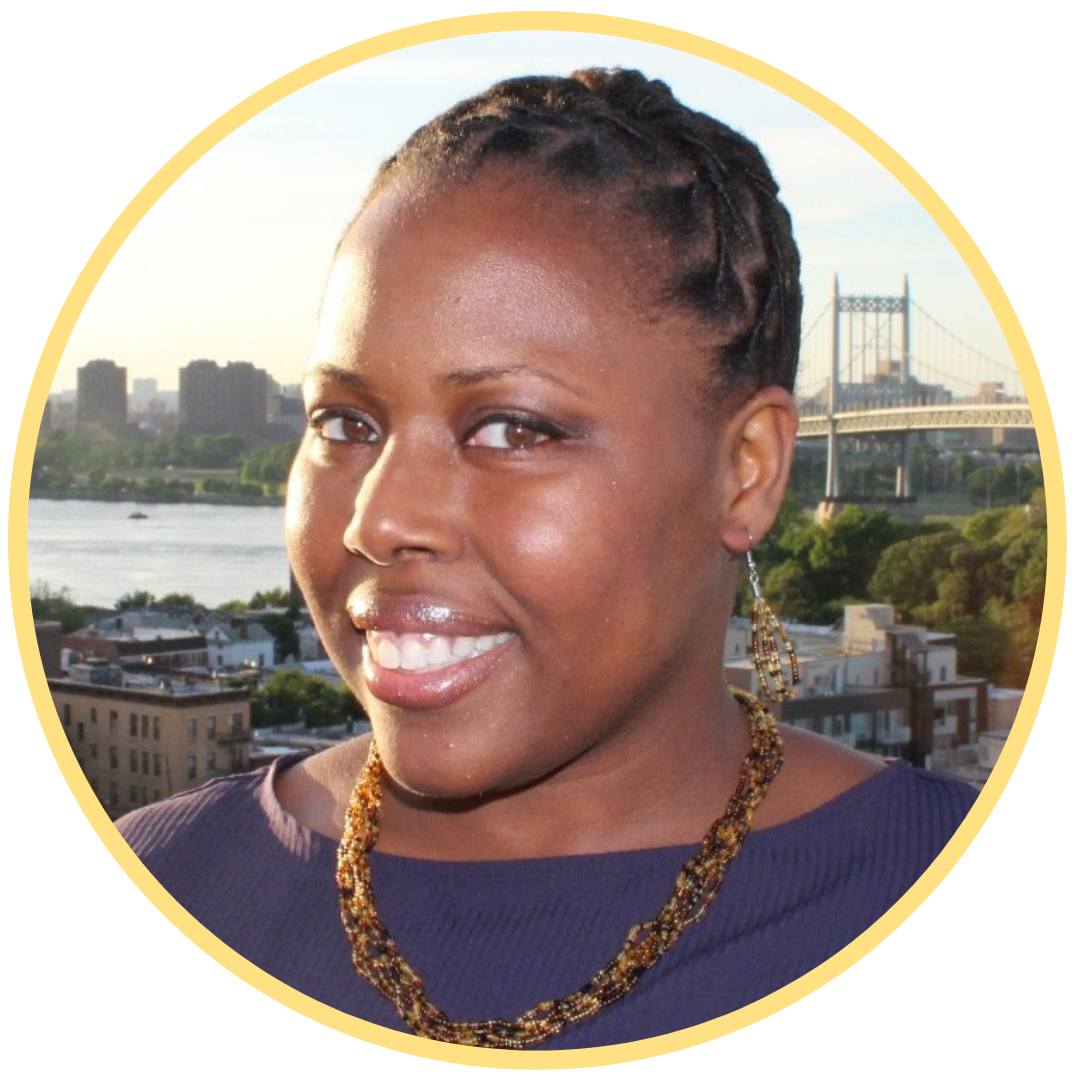 I have spent my entire career in fundraising and managed a variety of fundraising programs. I have had the privilege to raise more than $20 million for the organizations I have represented. And I have worked on gifts ranging in the millions to direct marketing campaigns for first time donors. My fundraising style is authentic, open, and strategic. This is also my style as a recruiter. I am committed to finding the best fit for organizations of all sizes and candidates of all skill levels and experience. I have a deep understanding of non-profit management and work extensively with boards and hiring managers to identify the types of candidates best positioned for success.

My involvement with the fundraising profession has allowed me to build a large network of professionals across North America. I take the time to get to know each candidate and their career aspirations, to ensure the best possible cultural fit. My educational background includes a B.A. in Psychology and an MBA with a concentration in Marketing, both from Brock University. I am a Certified Fundraising Executive, a member of AFP, CCAE, CASE, and I enjoy presenting at conferences and mentoring fundraisers. 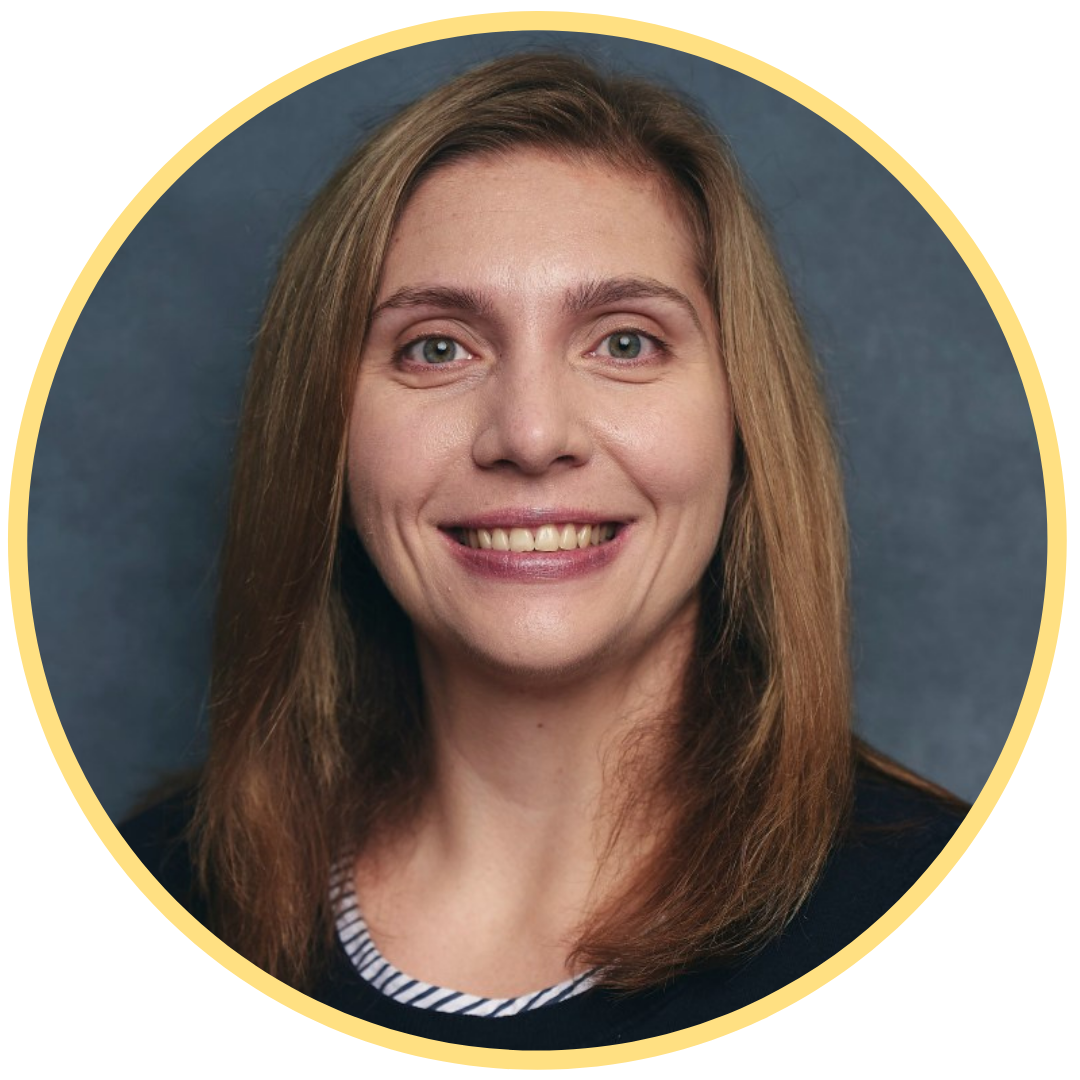 Shevanthi (Shev) is Senior Program Director of DAWI. Shevanthi provides strategic support on program implementation and growth for DAWI's conversion work with city municipalities, technical assistance providers, legacy business owners and consulting services. Shevanthi comes to DAWI after successfully launching and implementing worker cooperative management certificate programs, as well as a city focused cooperative education and incubation program at the Center for Inclusive Entrepreneurship. Shev is passionate about the intersection of sustainable business and economic development with particular emphasis on direct impacts for people of color.

Before entering into worker ownerhip sector, Shev led large-scale labor organizing and worker justice campaigns with SEIU1199 NW and organizing civil rights. And organized social justice leadership work in rural and urban centers across the country. Shevanthi co-founded the O’Dell Education Center, a nonviolence direct action and leadership academy in Washington State, owned and operated by the Institute for Community Leadership. She currently serves on the board of Refugee Women’s Alliance (ReWA) and served as Executive Board President at the Center for Women in Democracy, strengthening women's capacity and leadership in public and private sector.

Shevanthi has an MBA in Sustainable Business from Pinchot University and BA in History and Anthropology from University of Washington.Email: sdaniel@institute.coop  |  Phone: (415) 379-9201 Ext. 11 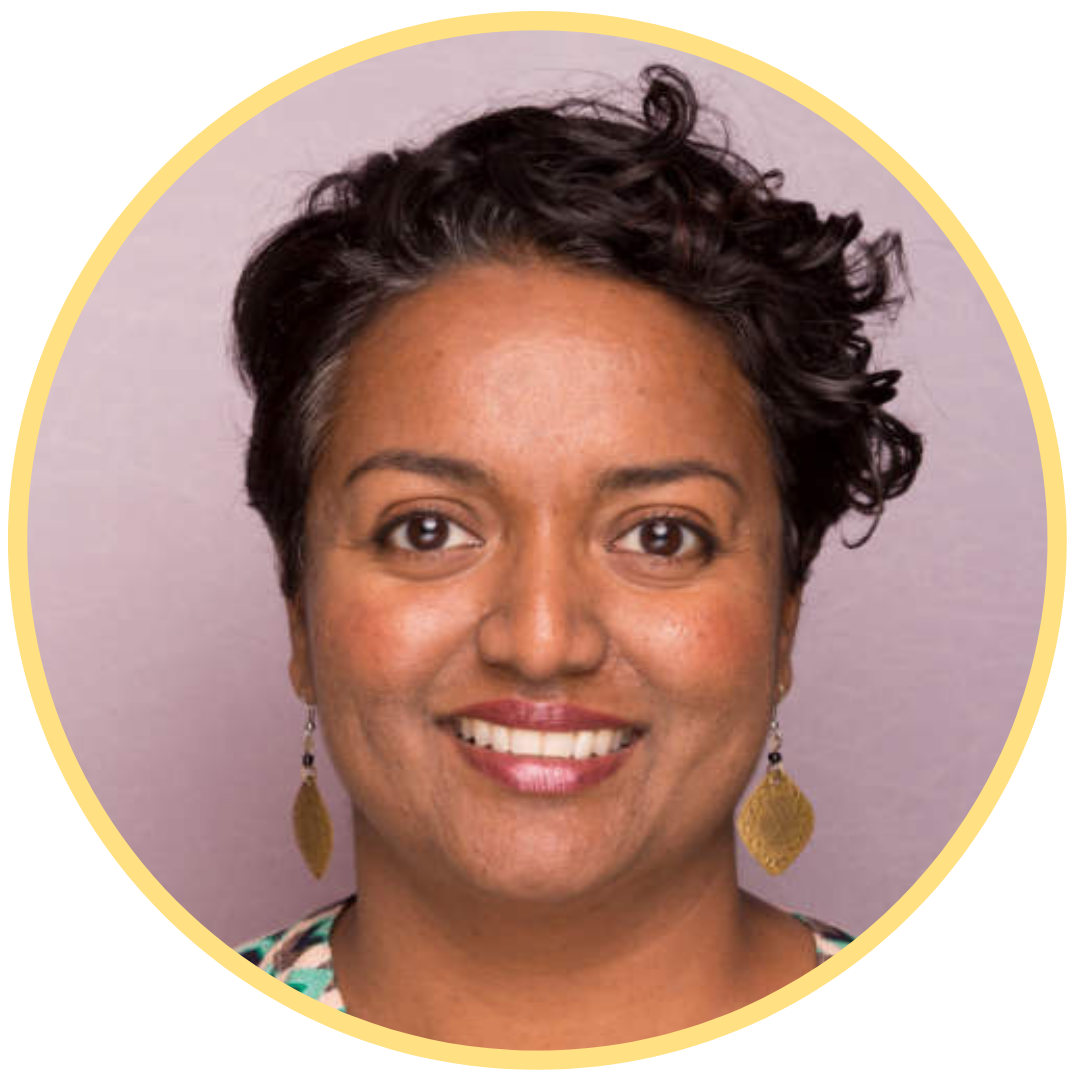 Born and raised in Baltimore, April’s background in social service administration informs her commitment to advancing philanthropy rooted in racial equity and social justice. She is a member of the Association of Fundraising Professionals Greater Cleveland Chapter, and serves on the boards of Progressive Arts Alliance and the Akron Community Foundation’s Gay Community Endowment Fund.

April earned a Master of Arts in Social Service Administration from the University of Chicago and a BA in Sociology from the George Washington University. 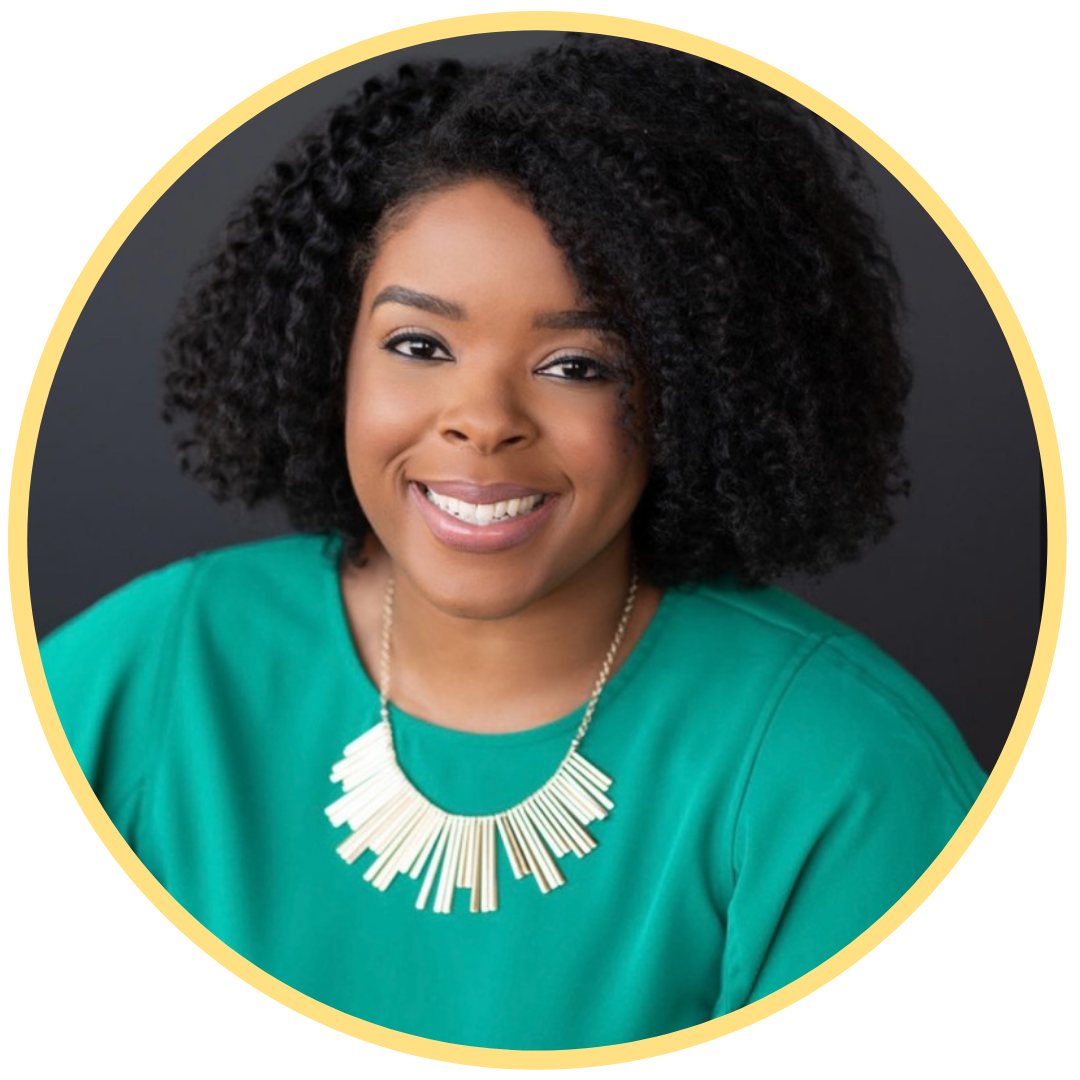 Mazarine Treyz is a coach, speaker and best selling author of “The Wild Woman’s Guide to Fundraising”, serving people in over 70 different countries. She works with government, nonprofits, and individuals, supporting people to bring their full selves to work.

Mazarine specializes in helping nonprofit leaders land their dream career and fundraising goals through authentic relationships both online and offline. As a result, clients have received $30K raises, transitioned into new careers and created their own global nonprofits. Check out the testimonials here.

Mazarine has co-founded a nonprofit and has over a decade of experience as a nonprofit fundraiser in small shops. Two of her proudest accomplishments were raising $250K in sponsorships, up $100K from the previous year, as well as taking a nonprofit to $120K in grants, up from $7K the previous year. Today, Mazarine leads the nonprofit workplace justice movement to create a better nonprofit work culture through her writing, training, podcast and keynote speeches.

She is featured in The Chronicle of Philanthropy, and NonprofitPro as well as many other outlets. She has spoken around the world including England and Jamaica, as well as AFP International Conference multiple times. She leads monthly community events in the Portland/Vancouver area. She lives in Portland  and loves weightlifting. 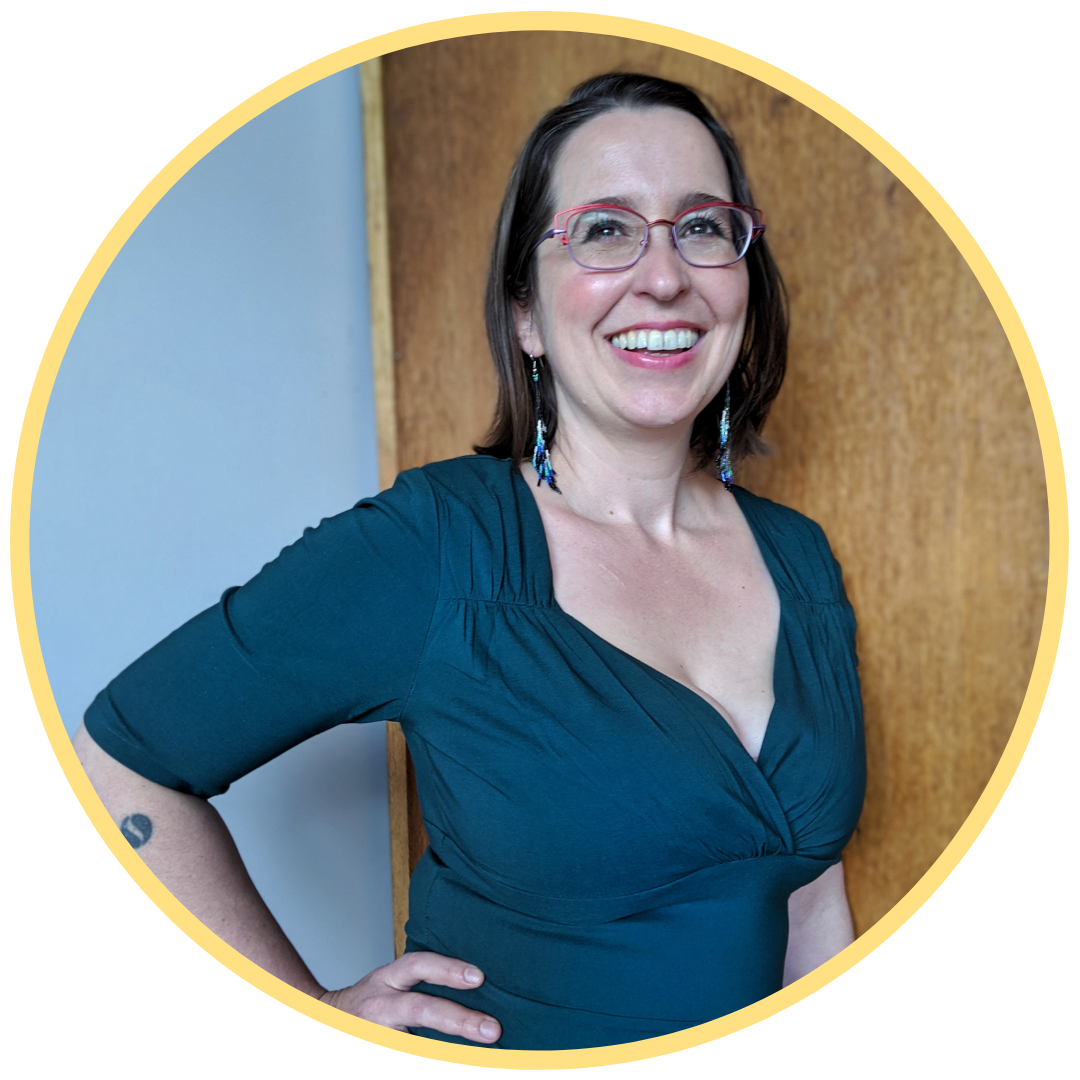 Sean Goode is a speaker, facilitator, writer, podcast host, executive coach, and nonprofit leader who is driven by his mantra, “possibilities over problems,” which was born out of his lived experience growing up in what was overwhelmingly challenging circumstances. Through his stewardship of the now nationally recognized nonprofit, CHOOSE 180, he has worked to decriminalize youthful behavior and transform the very systems that have historically caused harmed to marginalized communities. Prior to leading this 2021 City of Seattle Human Rights award-winning organization he served as a chaplain in juvenile detention, championed gang and group intervention efforts, and worked to provide education and employment opportunities for youth in at-risk communities.

Sean Goode is considered a national expert on justice reform and has been appointed by the Washington State Governor to the Partnership Council on Juvenile Justice where he serves as the vice chair working to address statewide issues surrounding the criminalization of adolescent behavior.  As a thought leader, Sean is regularly sharing his own personal journey, the transformative power of grace and the impact of elevating possibilities over problems with a diversity of audiences in both the private and public sector. 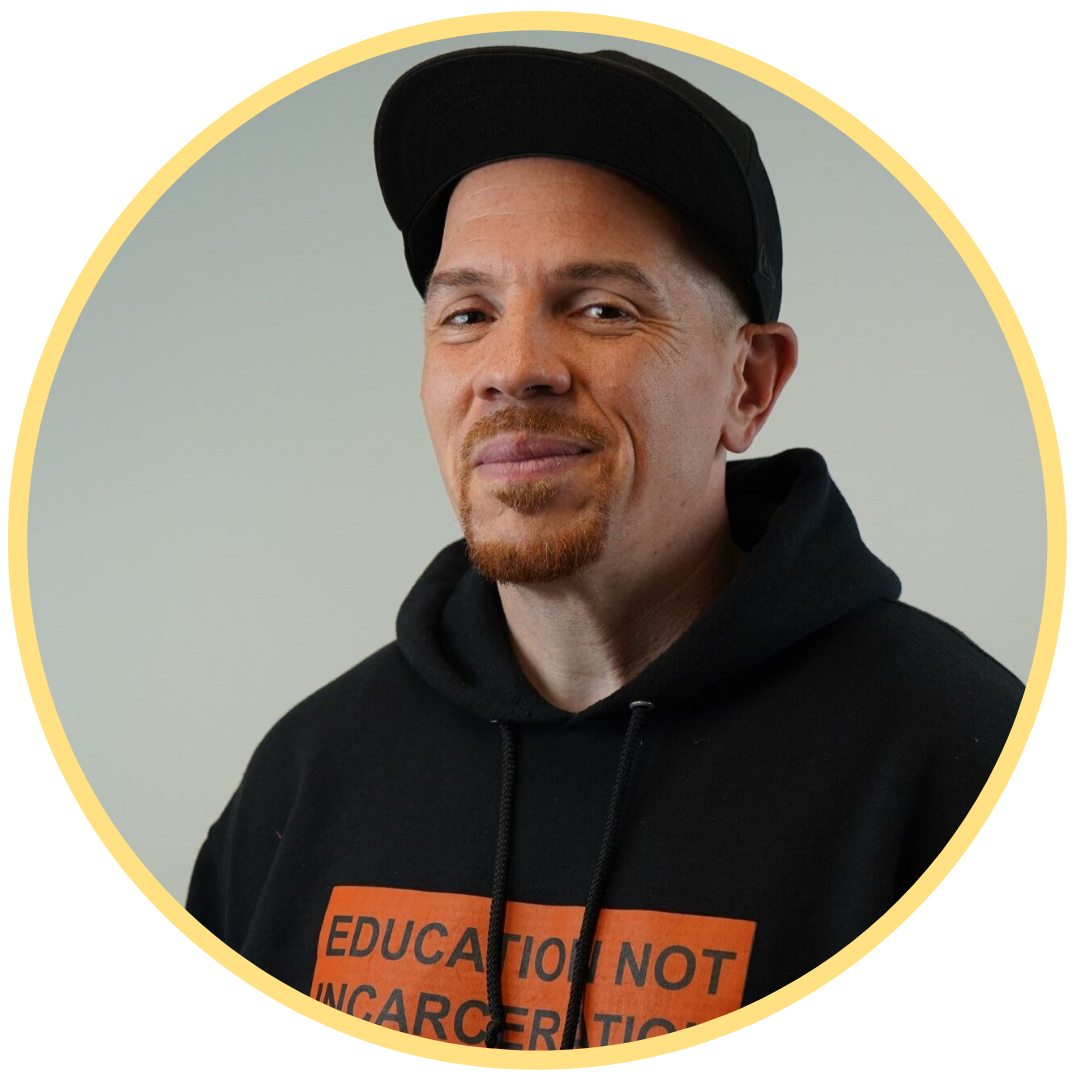 "Daniel Perez is one of two elected Vice Presidents of Organizing for IFPTE Local 70, the Nonprofit Professional Employees Union (NPEU). In his role, he helps workers achieve economic equality and justice by organizing for power and collectively bargaining. During his tenure, Daniel has helped raise nonprofit industry standards, by connecting hundreds nonprofit professionals with the resources to launch successful organizing drives and helping them to secure strong union contracts.

He gained his first inklings of consciousness about worker power during the 2008 Great Recession, when the California Federation of Teachers protected his single mother's job from austerity. He has since become a card-carrying union member, served as a shop steward and bargaining committee member, and volunteered on various issue campaigns, pickets, and sit-ins.

Perez is a proud first-generation Mexican American from Riverside County, CA, living on the Eastern Shore of Maryland with his partner and two dogs." 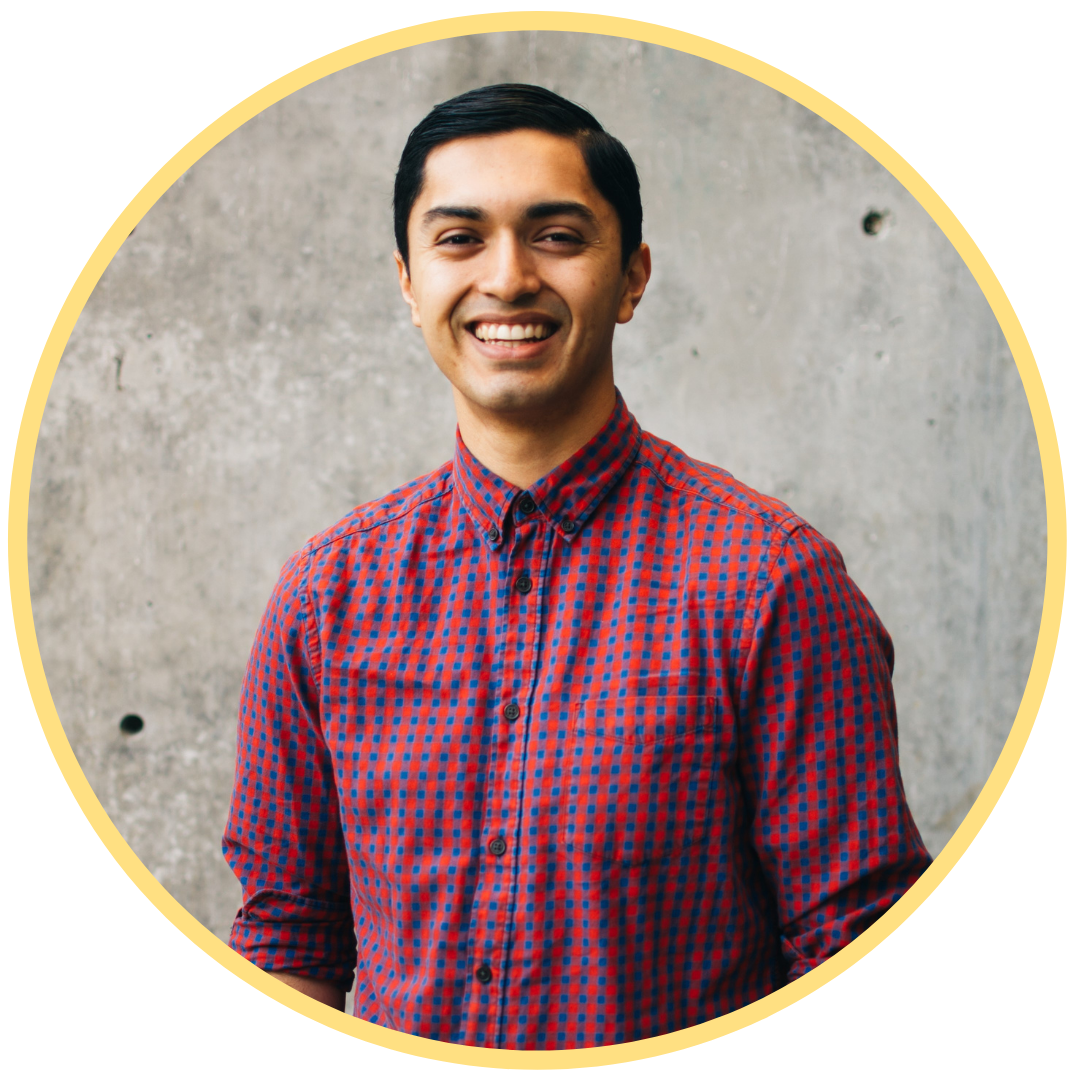 MORE SPEAKER DESCRIPTION TO COME!
CLICK TO SAVE YOUR SEAT!
[bot_catcher]